Aizan Development Foundation (ADF) organized a one-day Consultation on Child Labour and Child Marriages on Thursday, 28th April, 2016 at ADF office Islamabad. Individuals with expertise on Child Rights from 20 organizations including Child Rights Movement’s members and relevant officials from the UN bodies having vast experience in the field of Human Rights, Child Rights and Humanitarian sector participated in the consultation.

The main aim of the consultation was to explore the nature and existence of child marriages and child labor in Pakistan, map the existing laws related to Child Marriages and Child labor in the country, identify the gaps in the existing laws and their implementation and to get recommendations on what strategies can be adopted as a way forward to overcome these issues.

Recommendations from all the representatives of the organizations were composed and the outcomes of these consultations shall be presented to policy makers in an upcoming seminar, which shall be attended by MNAs, MPAs, relevant line department government officials, civil society and ambassadors from countries having bilateral ties on governance and human rights related instruments.

Miss Habiba Salman moderated the event with a warm welcome note and briefing on the agenda of the consultation session.

During the consultation session Miss Fatima from SPARC shared the current statistics on various forms of child labour and child marriages in Pakistan.

Mr. Sajjad Cheema from Save the Children highlighted the existing laws and policies for child labour and child marriages and their shortcomings in detail. The reasons for delayed in implementation of laws in Pakistan were also discussed.

Mr. Safdar Raza from Plan Pakistan highlighted the background and gaps between the implementation of various laws. The gaps between the proposed amendments in Laws related to Child Marriages and Child Labor in Pakistan were also discussed. He said it was unfortunate that through a planned strategy the bill on child marriages, which had to be tabled in the National Assembly, was shared with the Council for Islamic Ideology for discussion first and received radical reluctance in return terming it blasphemous to raise the age of the girl to 18 in the law. He also added that he has personally learnt through his experience that it is difficult in the period of the current government to work on the amendments and enactment of pending bills related to child rights. He suggested that the implementation of the existing bills at the provincial levels should be stressed upon.

Miss Sarah Coleman from UNICEF, besides, highlighting the laws, policies and practices of child marriages and child labour in Pakistan; also added ILO and UNICEF practices and outcomes in Pakistan. She expressed her concerns over the gaps in implementation and enactment of bills at the provincial level after the devolution of powers to the provinces post 18th amendment in the constitution. She raised major concerns on the absence of a coordinated child protection case management and referral mechanism in Punjab, as formally recommended for Pakistan by the UN Committee on the Rights of the Child in 2009. She recommended to harmonize child marriage laws at the national level instead of making and practicing different policies at provincial level – especially in circumstances where arranging/participating in the marriage of a child is a criminal offence and thus within the federal jurisdiction.

Executive Director of ADF Miss Nazia Sabir Raja successfully concluded the session with her vote of thanks followed by refreshments for the participants. 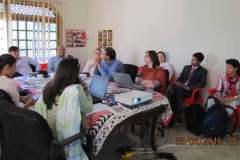 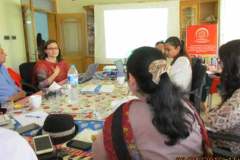 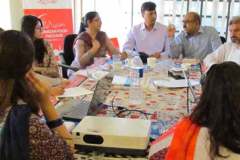 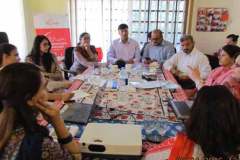 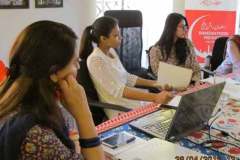 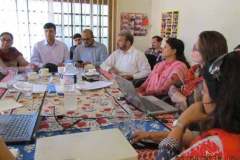 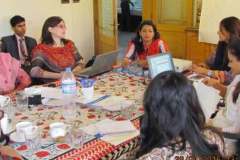 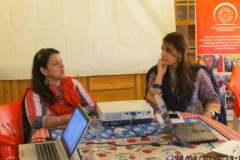 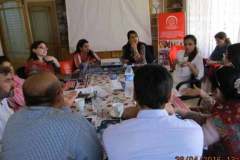 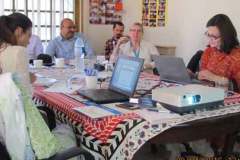 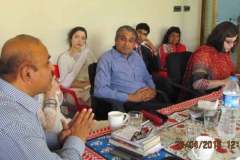 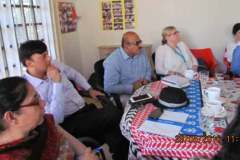 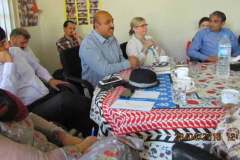 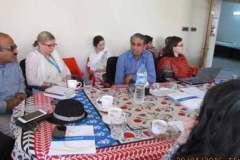 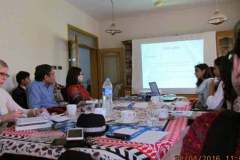 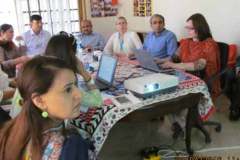 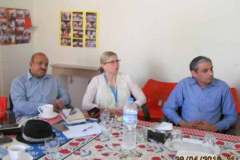 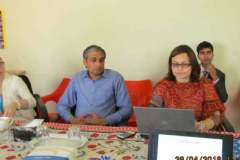 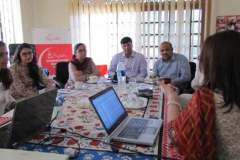 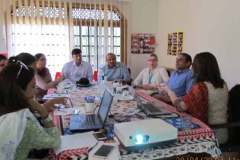