The volunteering team of Aizan Development Foundation, under the supervision of the organization’s Program Manager, Ms Shazia Jamal, attended a consultation organized by Child Rights Movement (CRM), regarding Children’s Consultation on Implementation of UNCRC and optional protocol in Pakistan.

At 9.30 am, the event began with introduction of all participants (others belonging to different organizations), through an interesting activity. Standing in a circle, the children took turns, going clockwise, and introduced themselves to everybody, by saying their name, the organization they volunteer for, and by acting out one of their hobbies. It was a short session that worked as the perfect ice breaker.

After the introduction, the consultants (who had introduced themselves in the very beginning), Ms Zara and Ms Aasha, officially began the meeting by getting the opinion of participants regarding rules of the meeting, that everyone was to follow.

Once the rules were decided and written down, the two ladies proceeded with the session, first asking the children why they thought they were invited to the platform, and what they thought the UN was. They then gave everybody a briefing regarding Fundamental Human Rights, and the Child Rights Convention (CRC).

Without getting into a lot of detail that the children might find complicated, the consultants thought it was best if THEIR opinion was heard regarding the matter. Making four groups consisting of seven to eight members each, the consultants provided the participants with chart papers, crayons, and markers, and left them to answer the question, “What would an ideal Pakistan for a Child be?”

They were given the choice to write, draw, color, anything and everything they thought was necessary to express their feelings. All the groups brainstormed, every single idea, coming from all group members, was written down, and drawn on to the chart papers. About twenty minutes later, once everybody was done, tea and snacks were served.
Once the tea break ended, the groups were asked to present what they had come up with during the activity, and it was inspiring. Seeing how much thought the youngsters had put into everything, it was revitalizing. After all the groups had presented their collective efforts, the trainers sat everyone down. It was now time to get serious.
Taking out the common points from all presentations (Child abuse, Child labor, Health, Education, Early age marriage, Discrimination etc.), the consultants wrote them on pieces of paper, and placed them on a wall. 1-10, everybody was to rate the problem (1= Best, 10= Worst) that Ms Zara named. This not only gave a clear idea of where the children were on their facts regarding Child Rights, but also made all of the adults involved realize how serious these children were regarding their rights and those of their fellows.

After the informative activity, the ladies provided the children with a chance to speak up about the specific changes they would want the government to make. From corporal punishment in schools, to drugs and substance abuse, the children had a lot of things to share. The most inspirational thing was that all of the participants, the children, the future of Pakistan, each and every one of them had different views, and different recommendations regarding different issues, and they actually spoke up and shared their stories with confidence.

In the end, the participants were provided with hand cut flowers (one each), and they were asked to write down one recommendation they would want to send the government’s way, that they would have to act upon. The colorful flowers were then glued to a cardboard tree, and the sight was simply delightful.

The consultants thanked all participants for joining them, and for all their cooperation, a group picture was taken, and then everybody was escorted to the restaurant for lunch.

The session was over all very motivational, and finally gave everybody a glimpse into a future that is no longer so dark. 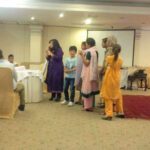 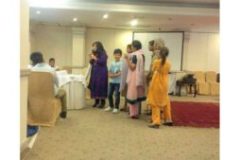 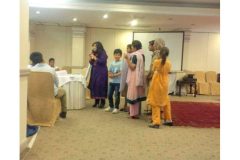 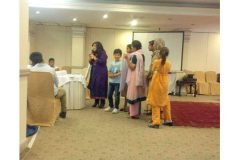 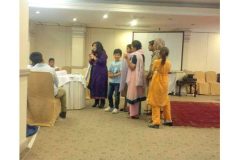 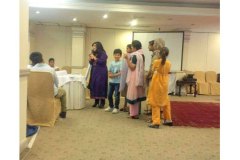 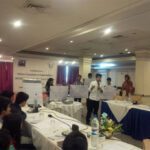 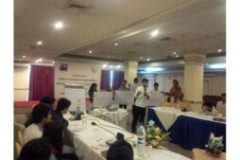 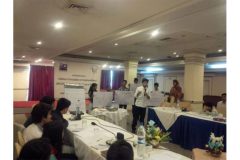 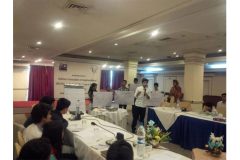 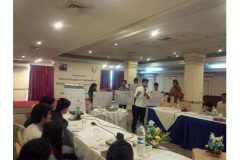 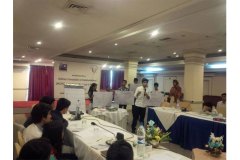 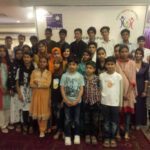