Arriving at the Camp, the ADF team was greeted by FDMA staff namely Mr Mujahad Turi and the Camp Shura. The Shura is the executive body in the area, which consists of a total of 20 members, including a Chairperson. A meeting was immediately arranged to discuss details and share lists of names of the families living in the camp. The idea was to ensure each family receives a pack and no one is left out of the distribution. ADF team agreed to use the support and help of the Shura to ensure a fair and transparent distribution to all those living in the camp.

The Shura and ADF team then split into two groups, one group sat at the desk to check identification details, and stamp documents whilst the other team members were in charge of distributing the packs amongst the queue of IDPs lined up to receive their family pack. It was an organized and relatively smooth process which although took time, was in the best interest of all those living in the camp, so as to avoid ill feeling and aggression amongst the families. Every single family was given a pack along with a 10kg bag of atta. Every single person walked away happy wearing a smile on his or her face.

As the distribution was going on, the female team of ADF, including Nazia Raja and Ghazal Jamal visited the rest of the camp. FDMA staff showed ADF around and introduced them to the Medical Camp Health Workers, Teachers and others in charge working in the Skill Development Centre for women. 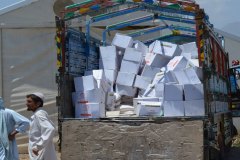 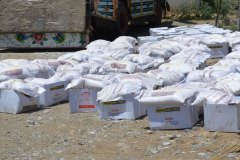 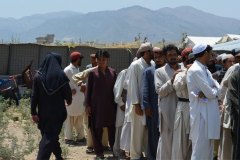 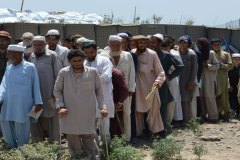 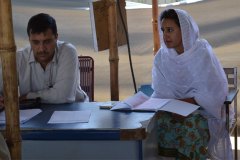 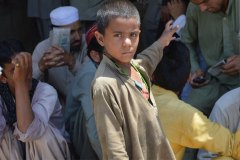 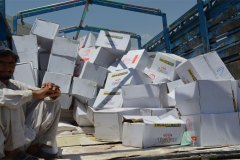 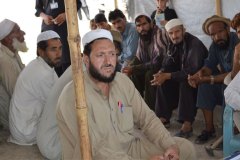 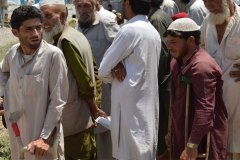 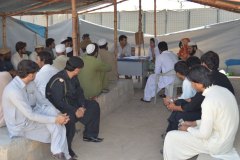 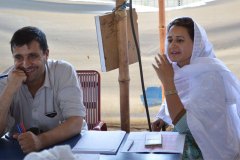 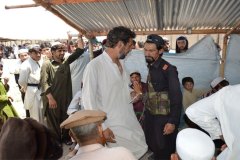 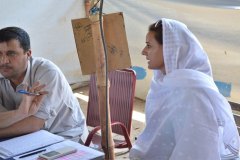 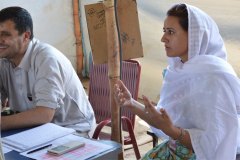 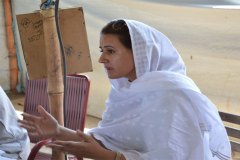 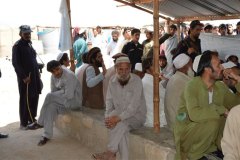 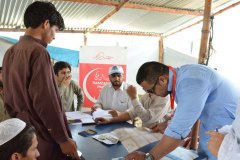 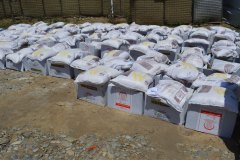 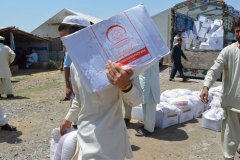 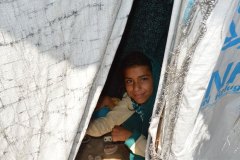 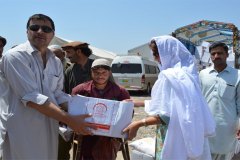 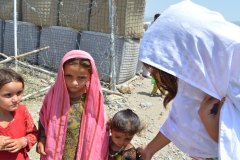 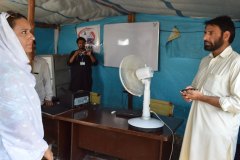 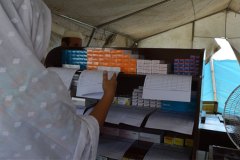