Aizan Development Foundation organized a one-day seminar at Arid Agriculture University, Rawalpindi. Seventy students attended the seminar from the Department of Sociology, Criminology & Anthropology. Faculty members including the Chairman, Department of Sociology, Criminology & Anthropology as well as the Dean of the University also attended and participated in this seminar.

Aniqa Raza, Director Programmes, Aizan Development Foundation, organized and hosted an awareness raising seminar at Arid Agriculture University on 7th April 2015. As Director of Programmes, Aniqa Raza hosted this event as part of a series of similar events having been organized across a number of Universities in Islamabad and Rawalpindi. During this particular event, Aniqa provided an overview of Human Rights, Women’s Rights, Gender and the importance of empowering youth. Aniqa was the Compere for this event and introduced the speakers, engaged with the students and ensured the event ran smoothly.

Hadia started off her session by involving the students in an exercise on identifying words and characteristics used to describe a man and woman in our society. Each student was asked to share his/her subjective view on the various words used to describe men and women in general and in Pakistan. She talked about the role each play and how we tend to distinguish and differentiate between the two. She further talked about mindsets and stereotypical images, which we often tend to relate to when talking about a particular sex. She further went on to ask the students to share their views on their own experiences of gender-based discrimination. The students actively participated in this activity and thoroughly enjoyed interacting with the group. After much deliberation, Hadia went onto to share another highly enjoyable and stimulating exercise called the “Tin Box” exercise. The entire group was involved and participated in this, making this is a remarkably valuable exercise in helping the students learn and understand the concept of hearing, seeing and feeling. The exercise helped the students express their understanding of Gender as a concept, equality, and identify discrimination as well as power dynamics.

The students and faculty members expressed a genuine interest in Hadia’s session, which was thoroughly enjoyed. Hadia was applauded for her originality and for being able to engage as well as connect with the students so well. Her presentation was highly appreciated and many asked her to share this with them.

Nazia Raja, the Executive Director of Aizan Development Foundation, presented the next session. She started off by sharing a PowerPoint presentation on Women’s Rights in Pakistan and talked about the Constitutional rights. She further went on to share an overview of some of the laws available in Pakistan protecting women’s rights. She in particular shared details on: The Protection of Women (Criminal Laws Amendment) Act 2006, The Criminal Law Amendment Act 2010, Section 509, The Protection Against Harassment of Women at the Workplace Act 2010. The Criminal Law (Second Amendment) Act 2011, otherwise known as The Acid Crimes Act, The Criminal Law (Third Amendment) Act 2011, otherwise known as The Anti-Women Practices Act and The Child Marriage Restraint Act 1929 (Amendment) 2015 – Now known as The Punjab marriage Restraint Act 2015.

The PowerPoint presentation was followed by a question and answer session in which many students and faculty members raised questions and debated in detail. Pros and cons were highlighted, as were the lacunas in the various laws. Recommendations were put forward and discussions took place on best practices to adopt.

The Chief Guest, Mr Habib Malik Orakzai from Pakistan International Human Rights Organization joined the session and shared his output on Human Rights and Women Rights. He talked about his organizations progress on working on Human Rights and how the youth should continue to support and work towards promoting and protecting human rights. He highlighted the various human rights violations Pakistani citizens face and he talked about the various international conventions and treaties we as a country have adopted and promise to adhere to. Mr Orakzai expressed his concern on the slow progress and reiterated and reassured the participants that continued joint efforts shall one day be recognized. He felt strongly about continuing to give projection to such causes and become an active part of this positive move towards promoting human rights.

Next, Mr Farooq, the Chairman, Department of Sociology Criminology & Anthropology shared his perspective on Gender, Human Rights and Women’s Rights. The students engaged in a question and answer session with Mr Farooq who called on Hadia, Mr Orakzai and Nazia to answer.

The Dean of the University also shared a few words with the students, faculty and the Aizan team. He expressed his appreciation and gratitude to the Aizan team for delivering a valuable and memorable session on Gender and Women’s Rights. He was impressed at the students’ participation and involvement and applauded them for expressing an interest in the subject.

The seminar concluded with a note of thanks to everyone who participated and attended the event. The afternoon ended with Tea and Refreshment for all students, staff, faculty members and the Aizan team. Students networked with Speakers and exchanged views, notes and ideas. 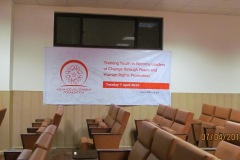 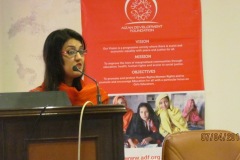 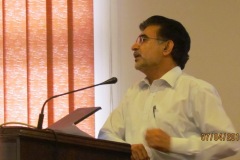 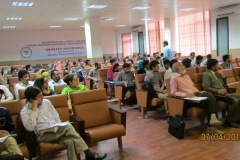 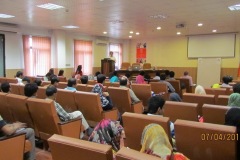 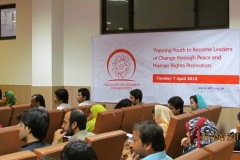 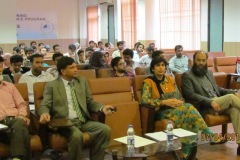 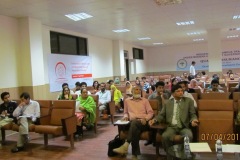 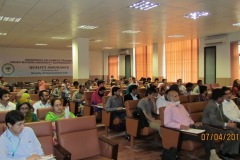 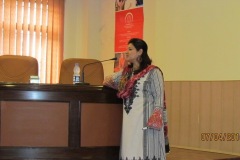 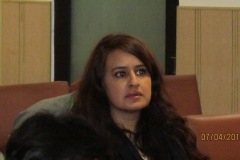 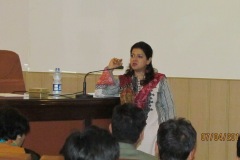 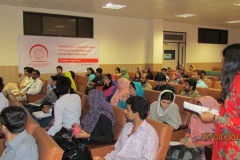 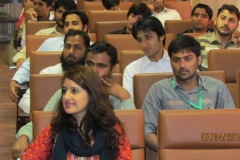 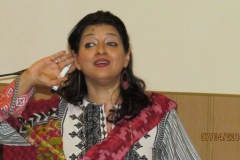 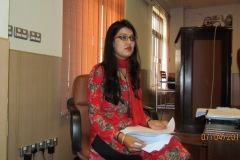