Nazia Raja, the Executive Director of Aizan Development Foundation (ADF) delivered a session on Child Marriage during a National Training Workshop for the Voluntary sector on Children Rights held at the Islamabad Hotel on 25-26 March 2015. The National Commission for Child Welfare & Development, an organization under the Ministry of Law Justice & Human Rights organized the event. More than 35 participants attended the workshop from the development sector and academia across Pakistan.

Nazia started off by providing an overview of Child Marriage across the globe and in South Asia. She talked about the basic facts, provided statistics and shared real life examples in Pakistan. Consequences of Child Marriage, negative impacts and reasons why it should be abolished were discussed. The session was interactive, where participants shared their views and talked about the religious implications. Laws on protecting Children were discussed and recommendations were put forward. Impact of International Treaties and Conventions were highlighted. The conventions included the Convention on the Rights of the Child (CRC), Convention on the Elimination of all Forms of Discrimination against Women (CEDAW) and Universal Declaration on Human Rights (UDHR). 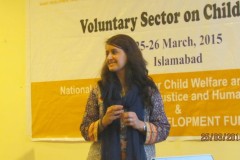 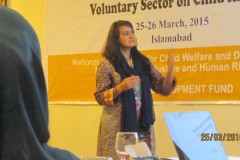 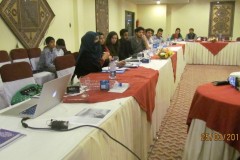 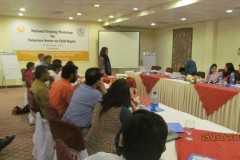 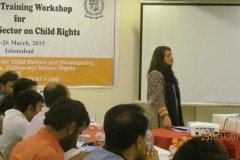 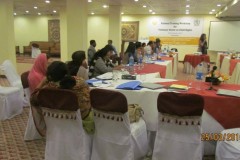